Our story and how Michael has changed our son’s life

Testimonials on Michael’s page are normally from the patient but I feel the need to share our story and how Michael has changed my son’s life and my family’s for the better.

My 19 year old son had been suffering with what we thought was sciatica nerve for over a year. His pain and suffering progressed and he complained of back ache, not being able to walk for short periods, let alone long periods. He couldn’t sit in a chair comfortably, play football with his friends, visit the cinema or ride a bike and over time withdrew into himself and isolated himself from his family and friends. We as his parents thought he was being a ‘typical teenager’ and whilst we believed he was suffering from sciatica pain we also thought he was probably ‘putting it on a bit’ as teenagers can be over dramatic. Fortunately neither I nor his Dad has suffered back pain so we read up on the sciatica condition spoke to family and friends who all seemed to say the same thing; physiotherapy and exercise will reduce the pain of sciatica nerve.

So the cycle of pain killers, doctor’s appointments and hospital appointments began and with these the on-going battle of discussions, arguments and medical costs. One day I just felt exhausted and drained and realised that the only time I spoke to my son was either via text or telephone when I was at work receiving messages from him saying that he couldn’t go to college because he couldn’t get out of bed due to the pain, or he was sick of living on pain killers and they weren’t working, and could I attend medical appointments with him to explain his pain to medical professionals as they were not listening to him or taking him seriously. At home he spent most of his time in his room and when we did see him he would be moody, argumentative and miserable and any kind of a conversation often quickly turned into an argument about the pain he was in.

My son became depressed, anxious and stressed and at his worst even talked of ending his own life rather than living with this pain and ending up in a wheelchair. His studies suffered as he was not attending college on a regular basis. He stopped his driving lessons due to the pain and lack of concentration and quit his part time job.

I attended many appointments with him to be told the same thing; that someone as young as him should not be in this pain and after a few questions the medical professionals blamed his lifestyle and suggested that most teenagers spend too much time on their smart phones, games consoles or watching TV and that he should go out and do ‘normal things’.

My son had two MRI scans, a brain scan and attended a number of private and NHS Physiotherapists. The MRI scans did not show any problems and the Physiotherapists recommended a series of stretches for him to do at home after their sessions. My son received CBT therapy to help him cope with the pain and the final hospital visit referred him to Pain Management and suggested that the pain was ‘in his head’. Needless to say my son was not interested in attending these classes. He became obsessive about his health and turned to Google to self diagnose and came to the conclusion that he was suffering with Piriformis Syndrome and the only way to fix him was either through back surgery or injections. The thought of my son undergoing these types of procedures unnecessarily at such a young age was not something I wanted to consider.

Then by chance my husband visited a friend who had suffered with back pain for over 20 years who was receiving treatment from Michael. My husband stayed during Michael’s visit and spoke to him about our son’s situation and Michael said that he would be happy to see him. We booked an appointment and so began the start of my son’s recovery!

Michael gets straight on with the job and whilst being professional at all times he also feels like an old friend that you’ve known for years. He asks questions, listens and begins piecing together the puzzle. By the end of my son’s first session Michael established what was causing my son’s pain and promised him that this would be the first day of getting his life back and that he would be all singing and dancing and back on the football field with his mates by the end of treatment. I told Michael my son’s medical history, discussed how it was affecting his mental health and wellbeing and our family’s lifestyle. It’s difficult enough living with a teenager let alone one in chronic pain. I listened to Michael as he sympathised and empathised with my son. Michael spoke of his own personal experiences and educated my son about how to live with and maintain his condition in the long term in order for him to live a happy and fulfilled life. Most importantly for me Michael advised my son that surgery was most definitely NOT the answer.

My son was very sceptical at the end of the first session and said he didn’t want to raise his hopes as nothing else had worked but what I noticed during the first session was how Michael’s empathy and belief in my son was such a huge relief that my son almost cried. After being told for over a year that there was nothing wrong with him, here was a man who not only believed him but assured him that he could help and gave him hope for a brighter future. This was as important to my son’s recovery, if not more important, than the physical treatment and reducing the pain!
By the second treatment my son’s mobility was much better and his scepticism was fading away as he questioned Michael about his condition, listened to his advice and agreed with his recommendations. Michael was very impressed with how well my son knew his own body and the fact that he lived a clean, healthy lifestyle and he was so passionate with his treatment that he gained my son’s complete trust as patient and practitioner.

My son had a total of 5 treatments. His posture is so much better, he hasn’t complained of pain (although he still feels some pain he knows how to manage it – carry out the correct stretches, lift heavy objects correctly and has started working out at the gym to build muscle which had deteriorated), he no longer walks like a robot, has returned to his part time job and is cycling to work, socialising with friends, has re-started his driving lessons and is looking into university options. It’s not a miracle, he is still a teenager and can be a pain in the back side, but I don’t remember the last time we had a conversation or argument about leg & back pain and there is no mention of Piriformis Syndrome or back surgery. He spends more time with his sister and I can see he has grown in confidence and is looking to his future.

I would and have recommended Michael to anyone who is suffering with back related pain. 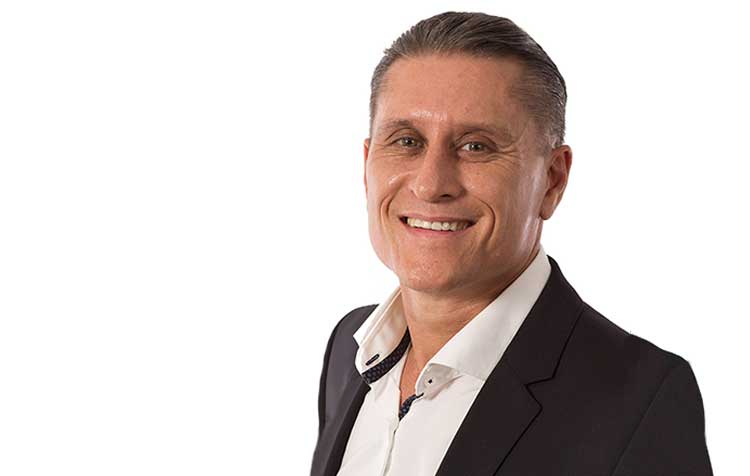 Testimonials
We use cookies to ensure that we give you the best experience on our website. If you continue to use this site we will assume that you are happy with it.OKRead more