Approximately 6 years ago, I started to experience pain when I used to eat certain types of food.

This was very rare and it used to last for a few seconds and then disappear. As time went on the problem worsened, the food used to get stuck and I would have to force myself to vomit so the pain would go away. At this point I decided to visit my GP, which was 4 years ago. He said that he thought it was a problem with acidity and prescribed me with the necessary medication. I was 15 years old at the time.

I then completed my course of medication and went back to him as the problem was worsening. He then prescribed me with stronger acid medication. I then went half way through the course and decided to visit another doctor. He stated that he didn’t know what the problem was and needed to do a few tests to try and diagnose my illness.

Over the next 1½ years I had various blood tests, barium swallows and endoscopies. As this was through the NHS the results took very long to come and I had to wait months for a test. At this point I had now started to remove certain foods from my diet. I stopped eating beef, rice, bread crusts and various other foods which would get stuck forcing me to vomit. As it was taking too long to go through the NHS I decided to go through private healthcare.

This process was a lot swifter. I had more tests done which included an endoscopy, an endoscopic ultrasound and an oesophageal manometry. My consultant told me that he hadn’t seen anything like this. At that point he said he would have to consult other doctors and get back to me in a few days. I went back to him and he told me that he spoke to various doctors around the world and they hadn’t seen anything like this either.

He then went on to say that he believed it to be a muscular problem. My sphincter wasn’t functioning properly. It wasn’t opening up when it was supposed to causing the food to get stuck which is why I felt the pain in the middle of my chest. He then said that they would have to inject it with Botox to see if it really was the sphincter causing the problem. He stated they would have to put a hooked injection down my oesophagus and inject the muscle with Botox causing it to relax, which in turn should for the time being stop the food getting stuck.

If this was successful they would then perform an operation where they would remove that muscle completely. The risks of this was that if they did slip whilst doing the endoscopy the needle in the injection would rip my oesophagus creating a whole new problem. I told my consultant that I needed time to think about it.

A few days later it was Boxing Day 2013. I went out to have a meal with my family and had one bite of some ribs and the food got stuck. I sat there and waited for the food to go down but it didn’t. I went to the bathroom to try and vomit without any success. I was in pain. I went home that night and spent the whole night trying to vomit.

A few days later my mum had an appointment with Michael and she just happened to mention my problem. He said he had a similar problem and would be happy to have a look at me.

When I met him he first made me stand up straight and had a look at me. He then went on to describe exactly how I was feeling when I did eat food, I hadn’t told him anything and my mum only explained it to him vaguely. Michael then went on to explain to me that my spine wasn’t aligned causing it to press against my oesophagus forcing it shut. I then had 4 sessions with him over the next few months and my problem has virtually disappeared.

I am now 19 years old and can eat all types of food. I now go to Michael every 5-6 months just to get an adjustment. 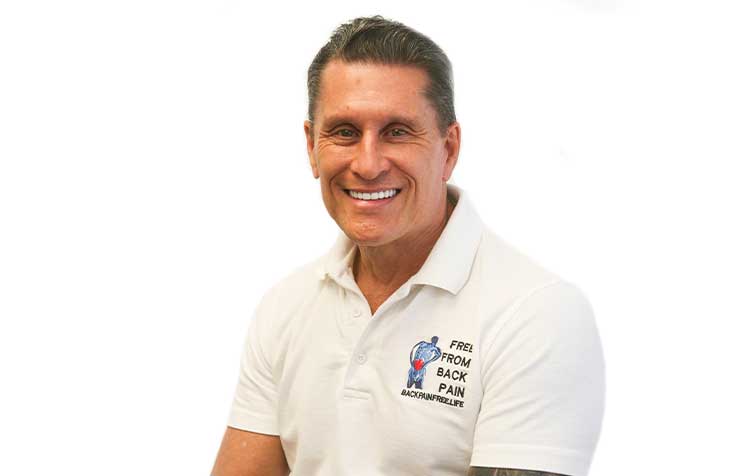